Our Disney Specialists know Disney Parks. Alyssa has visited Walt Disney World 37 times and Lesley is a former park employee (both Walt Disney World and Disneyland).  Both are graduates of the College of Disney Knowledge.  Both have inspected Disney Cruise Line ships and Alyssa has sailed with them multiple times.   These ladies know Disney and can advise you on putting together the best trip possible. 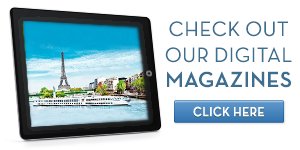